From Sunday, April 22nd to Saturday, April 28th  the students of 4e and 3e of Mother Teresa School left France and got the chance to visit some of the greatest cities of England.

96 students and 8 teachers came to the trip. We had an appointment in front of the school at 5:30pm on Sunday the 22nd . A few minutes after all the suitcases had been put in the baggage hold, we all jumped in the coach and we were all ready to travel for more than 15 hours ! We crossed the Channel under the sea, by taking the shuttle and arrived in England at around 7 o’clock. There was a jet lag of one hour ! If it was 7 for us then it was 8 for France! 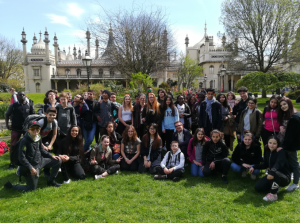 As we were a lot, there were two cars, two groups. We did the same things, but not at the same time… So here I am going to speak about the schedule of Bus 1!

The first day was in Brighton. We visited the Royal Pavilion, we did a treasure hunt in the city lanes, had some free time to do some shopping and went to Brighton Pier (an amusement park), where we had a lot of fun !! Then, it was time to get back into the coach, which drove us to Reading, where we were going to meet our families. Everybody left the coach, by groups of two, three or four to join their English hosts for the rest of the week.

After a long and good sleep, all the students and teachers jumped back on the coach to start day 2 in Oxford… We walked a lot in the city and visited many universities, churches, museums (The Ashmolean, the Natural History Museum…), the covered Market…

Day three… LONDON! The capital! One of the most famous city in the world!! As we only had one day to discover as much as we could, we walked a lot and fast… We tried to see the most important things and walked in front of Westminster Abbey, Big Ben, the Houses of Parliament, Parliament Square, White Hall, Buckingham Palace, Trafalgar Square, Piccadilly Circus, Tower Bridge, the Tower of London and much more! We visited the National Gallery, the Tate Modern… It was just awesome! We even saw Prince Harry commemorating ANZAC day at the Cenotaph on Whitehall !!!

On Thursday the 26th, day four, we interviewed some people in the streets in Royal Wootton Basset and went to a school, where we met some English students, played and talked with them. It was really cool!! There were all so nice and it was very interesting to talk with English people of our age. Then, we get back on the coach and one hour later, we stopped in a historic site and visited it. We saw some very old stone circles.

And… The last day in England… Day 5… We went to Windsor, walked a bit in the city, visited Eton and the castle of Queen Elizabeth II. We saw some very beautiful things and this royal residence is just spectacular! Then, we had some free time and unfortunately… it was time to say goodbye to England… Sadly, we hopped on the coach and left the beautiful country where we had spent 5 cool days.

After 15 hours of travel, we arrived in Villeurbanne, got off the coach and found our parents waiting for us. It was the end of a beautiful trip with a lot of fun and beautiful discoveries…

I want to thank all the teachers who escorted us and especially Mrs Williams, who was on bus 1 with my group and who, with Mrs Beils, organized all the trip!! Thank you, to the two of you!! I will remember this trip forever ! 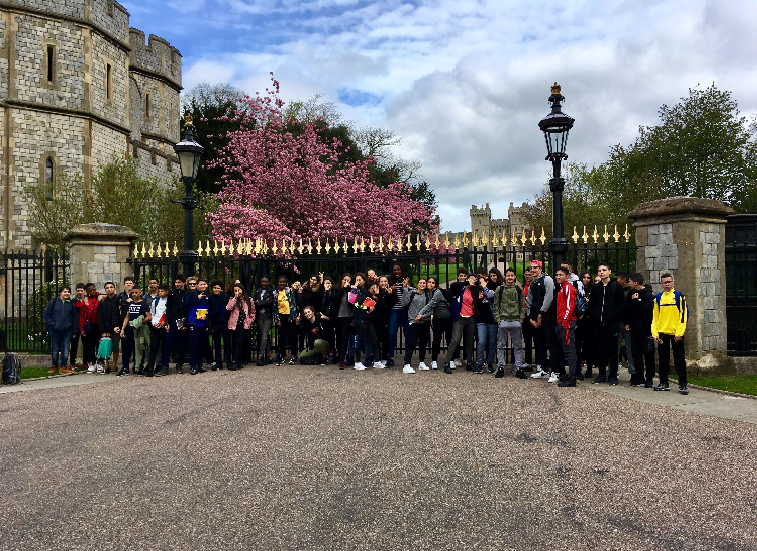